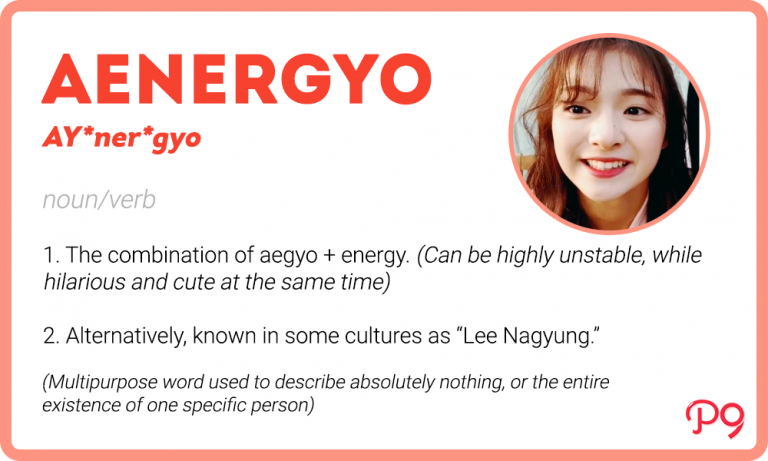 It goes without saying that an extravagantly large number of people associate K-pop with “cuteness.” I am guilty of this myself. It is part of the reason I enjoy this genre of music. Every once in a while a group, or a person, comes along and steals all of your attention, like a compass needle finding it’s way north. On June 1st, 2000, the world was forever changed (it just didn’t know it yet). Enter Lee Nagyung.

This may look like an ordinary childhood photo of an ordinary girl, but never judge a book by its cover. Brewing behind those innocent eyes and chubby cheeks is a monster who has yet to be woken. Not the scary kind of monster though. The kind we’re talking about is the one that will grab your heart, squeeze it (lovingly), tie a lasso around it and never let go. It hides, unknown to others until the person wakes up from daily sleep. Once she’s awake, so too is the monster.

For me, it began here:

Of course, I watched Idol School and was rooting for her most of the show, but we didn’t get to see the “real” Nagyung. It wasn’t until that clip that I started thinking: “hmm, something is going on there.” Then one day a little further down the monster’s timeline, something happened. It was unexpected. Call it a surprise in disguise if you’d like, but it was the beginning of something we’ve all come to expect. I give you… Aenergyo.

All she was told was, “stand here, we’ll film you.” Then that happened. All of that unseen energy just overflows through Nagyung’s face, arms and hands. If you look carefully at her face, she has so much going on that she’s quite confused as to what to do and just lets the monster come out.

At times, this has been known to be an inconvenience for her, as she can’t hold the monster at bay. Here we see Nakko just trying to practice a cover dance when the Aenergyo surfaces:

In this example, she’s simply wanting to check her reflection in the mirror, but out comes the unexpected:

Then there was the time she was filming the MV for DKDK and couldn’t contain it:

On occasion, it has shown itself during the worst of times. Here we see Nakko has just finished a performance, did an excellent job with her choreography and NAILED her finishing pose. But while savoring that “job-well-done” moment, Aenergyo emerges.

Here, Nagyung was trying to do her best during a photo shoot. She was told “Look serious. Okay, look mad. Okay, look frustrated.”

The other members laugh and make fun of her when she sleeps in public. What they don’t know is she is doing everything she can to try and protect them in that moment.

A sleeping Nakko is a safe Nakko. Hearts can’t be melted while she rests.

In all seriousness, Nagyung is our energy and joy in fromis_9. We all love her on some level. For me, it goes all the way back to the start of Idol School. For others, it could be a performance, a clip, a face she makes, or some other random moment. Considering that being an idol is her actual job, she’s very good at what she does, both on and off stage. She is a delight to see, fun to watch, and a hoot to listen to. We call her Nakko, Chick, Kko, and The Aegyo Queen. Today, we simply call her “Birthday Girl.”

flovers all around the world love you. Happy Birthday, Lee Nagyung!